Characters driven by Motion Director can be controlled with the mouse, keyboard hotkeys, or gamepads.

Direct characters by using a mouse & a keyboard in the following ways:

The most enjoyable way to steer your characters in iClone is by game controllers.

Apart from moving characters around, you can also trigger the character to perform certain actions with the keyboard and gamepads by setting hotkeys in Hotkey Manager. 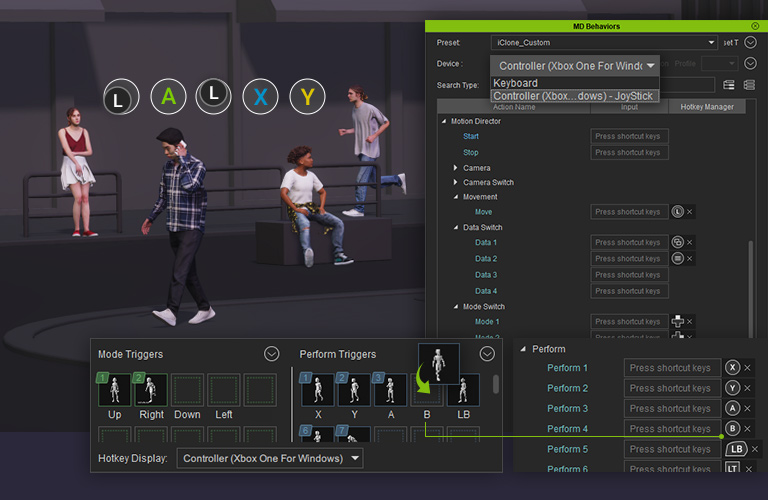 You can create a soccer game simulation by combining the Athletic Run pack for Motion Director with various types of physice states from iClone's physics engine.

Under Control On Path and Auto Path mode, you will need to designate a target path and adjust relevant settings like whether to start the motion on path, and the idle/walk/speed change ratio.

Similar to Path Mode, you will need to designate a target zone and adjust Action Settings for the activeness of the character when moving within the designated zone.

Control the motions with one hand and switch the camera views with the other hand by simply assigning hotkeys for each camera during runtime. For gamepad users, Game Controller Settings can be used for adjusting the sensitivity of the joystick when setting the camera views. 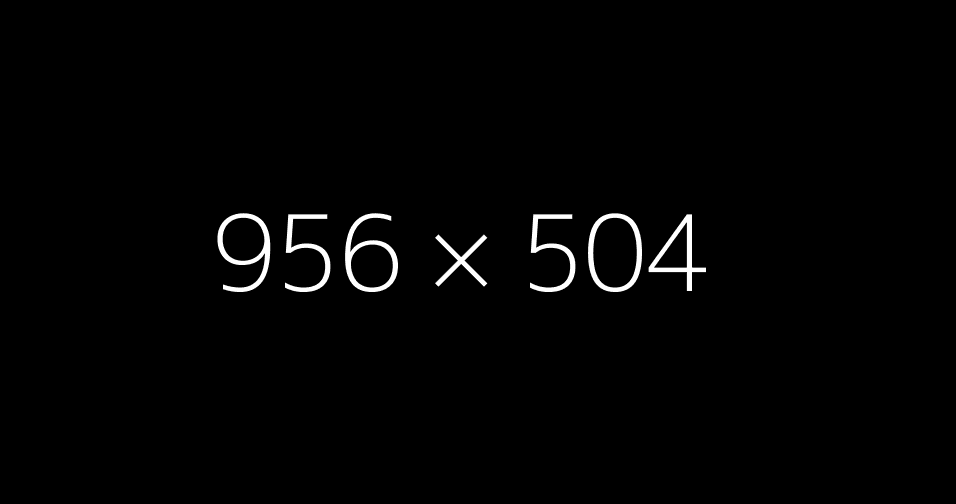 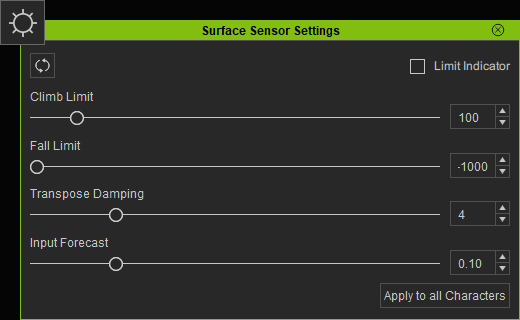 Cap the character’s upper and lower distances from the current ground level to reach a different elevation. 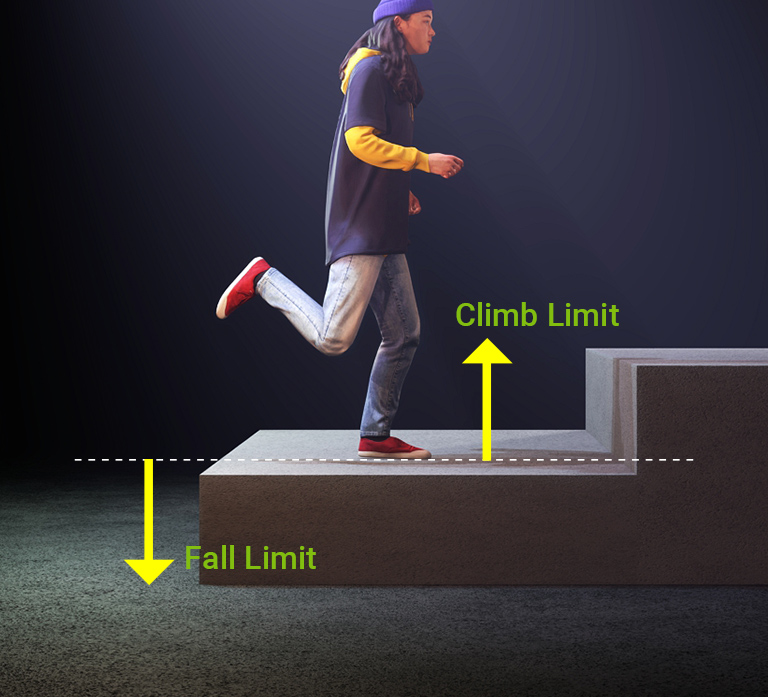 Adjust the damping intensity to reduce or smooth jittery movement caused by changes in ground height.

Define the prediction time for surface detection to raise/lower the character ahead of movement. 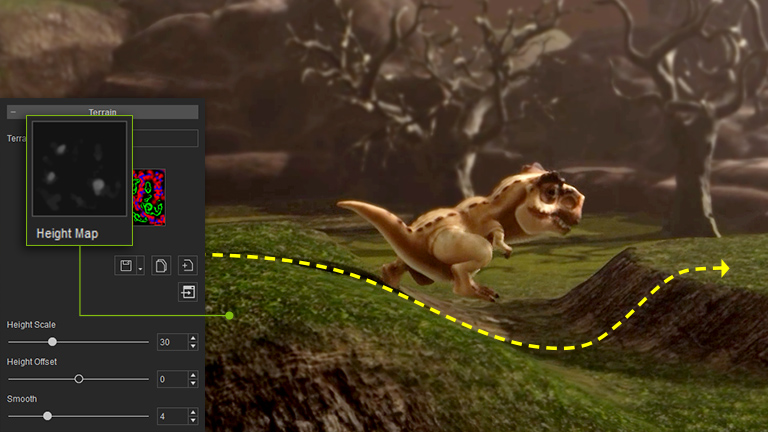 Note: NOT supporting Water and SpeedTree.

HOW WE CREATE SUPER REALISTIC MOTIONS

The Motion Director animations piloting 3D characters in iClone are an evolution in the play-to-create philosophy at Reallusion. Partnering with the talented team at the Creative Media Industries institute at Georgia State University, we were able to collaborate and transform the GSU basketball arena into a massive motion capture volume to capture the data that is now featured in iClone Motion Director. Through a series of walks, jogs, and runs performed utilizing specialized routes and turns we generated the motion sets for the Casual and Athletic Run from these moves powered by AI-driven animation with our interactive AI transition technology.

Everytime Motion Director is used, characters that are activated will have their control sequence recorded. The event data is small in size and saving is required for Macro Replay. 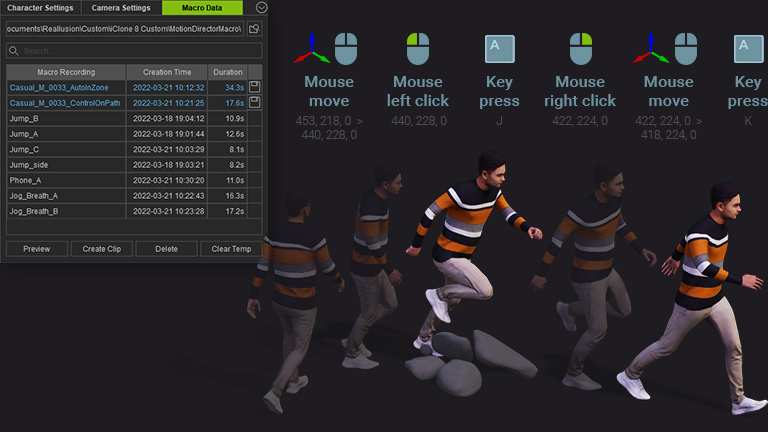 Use Macro Replay to string together several history macro segments, no matter where you place your actor, it can simulate the keystroke or controller events and animate your actor right from the new position and angle.

After learning how to control character motions and camera views during runtime, place the clip that is created with Motion Director to the iClone timeline so that it can be exported. Here we have three ways to record to timeline: 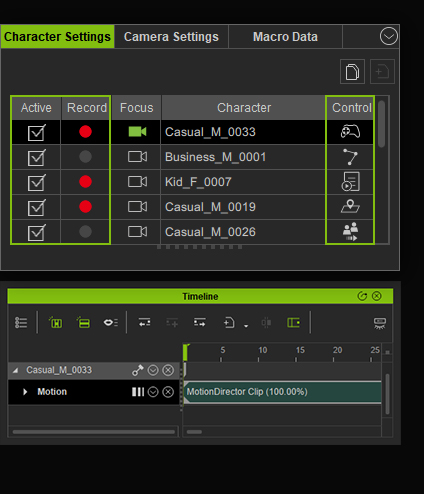 You can directly create the Macro Data clips to your timeline, without the need to record the replay sequence. 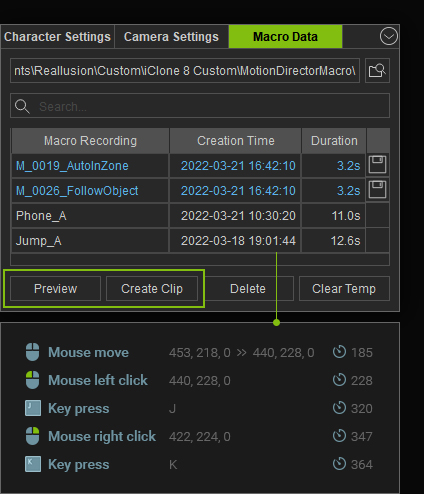 Activate 'Record to Camera' checkbox and your camera movements will be recorded to the selected camera and its timeline. 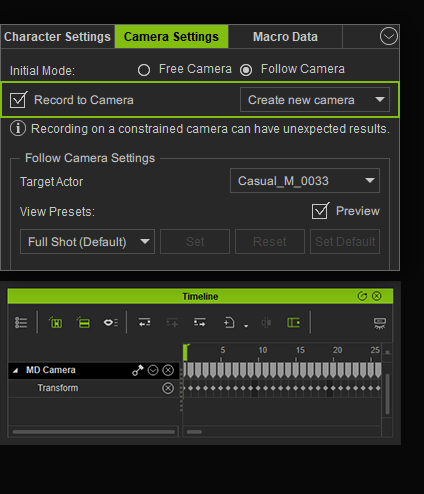 Motion Director is designed to let users freely expand AI controllable behaviors with the following structure in mind. We will keep collaborating with professional mocap studios producing expansions in different styles and themes, and plan to open the custom creation capabilities to users in the future.

The Motion Director provides the followings for your first experience:

It's easy to apply new motion behaviors to characters with a simple drag and drop from MD motion library, and more MD options such as Talk, Dance, and Social Interaction are being planned for expanding the MD behaviors in the future.

Still have questions? Please visit the FAQ for Motion Director > 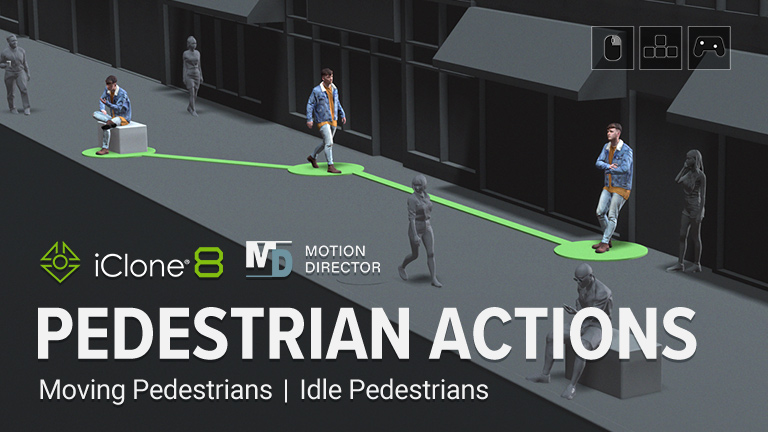 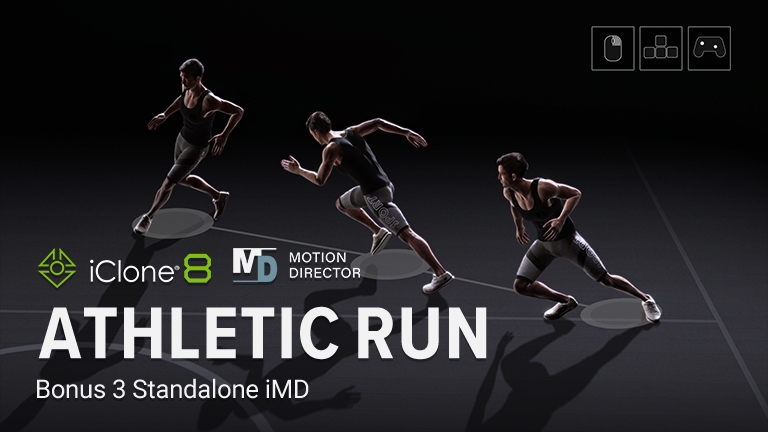 When Generating Frequencies for spiritual use should I use sine, square, sawtooth, or triangle waves 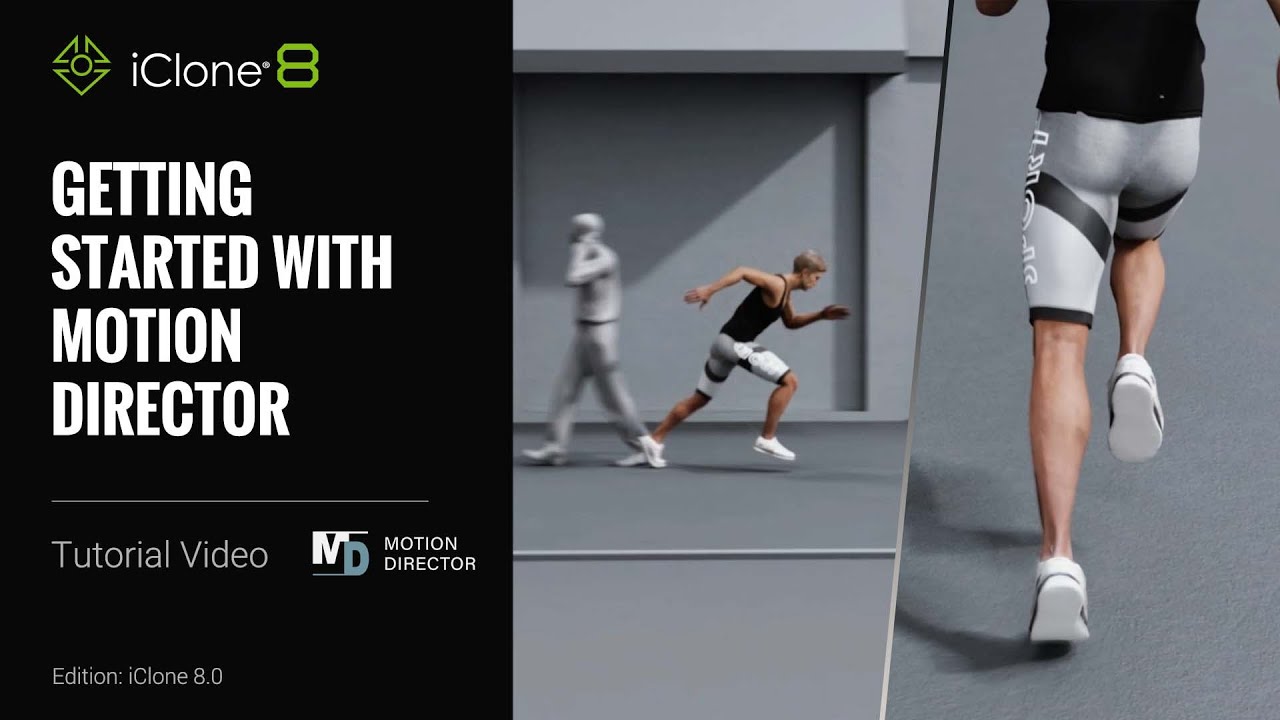 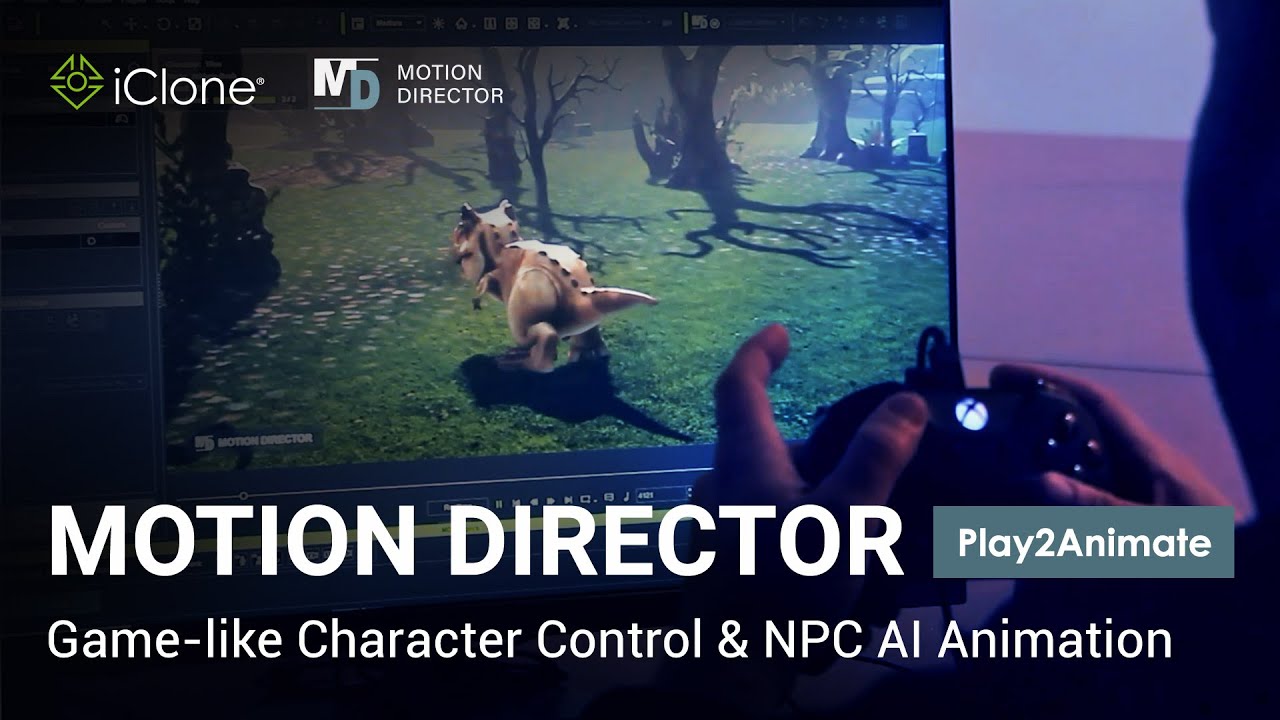