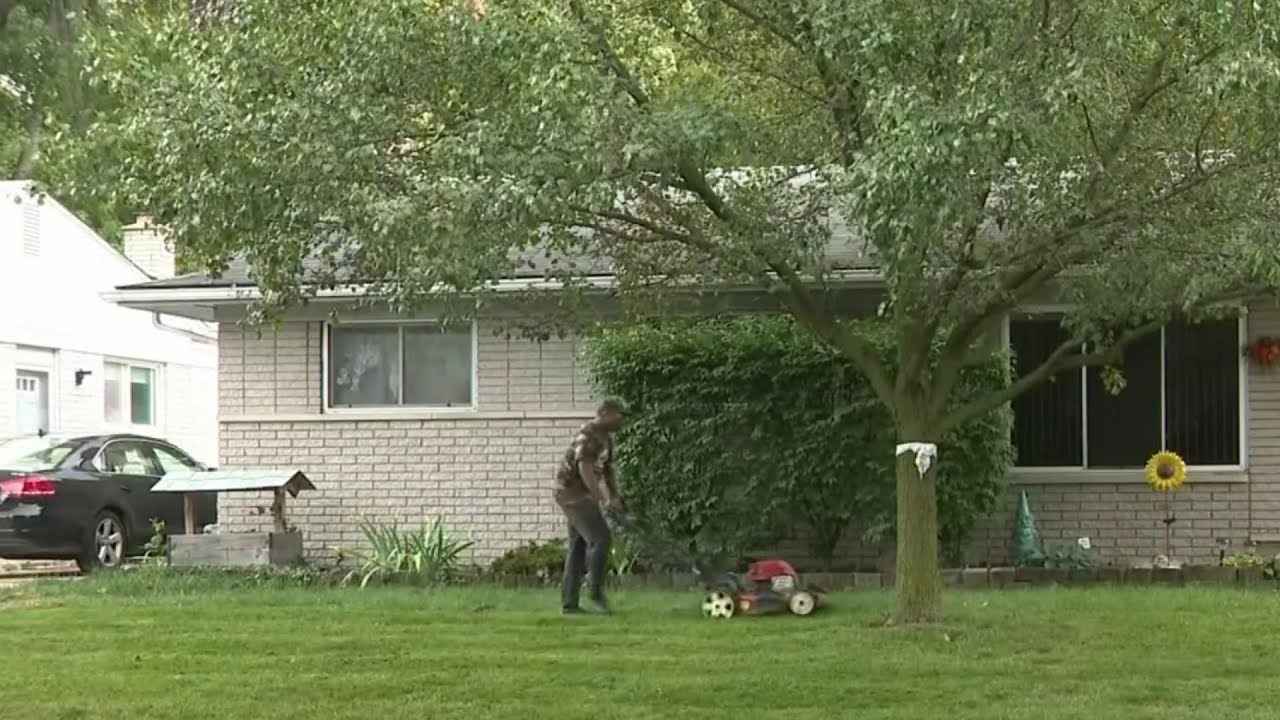 Man traveling the U.S. mowing veterans' lawns gets a surprise from Ford

Man traveling the U.S. mowing veterans' lawns gets a surprise from Ford. 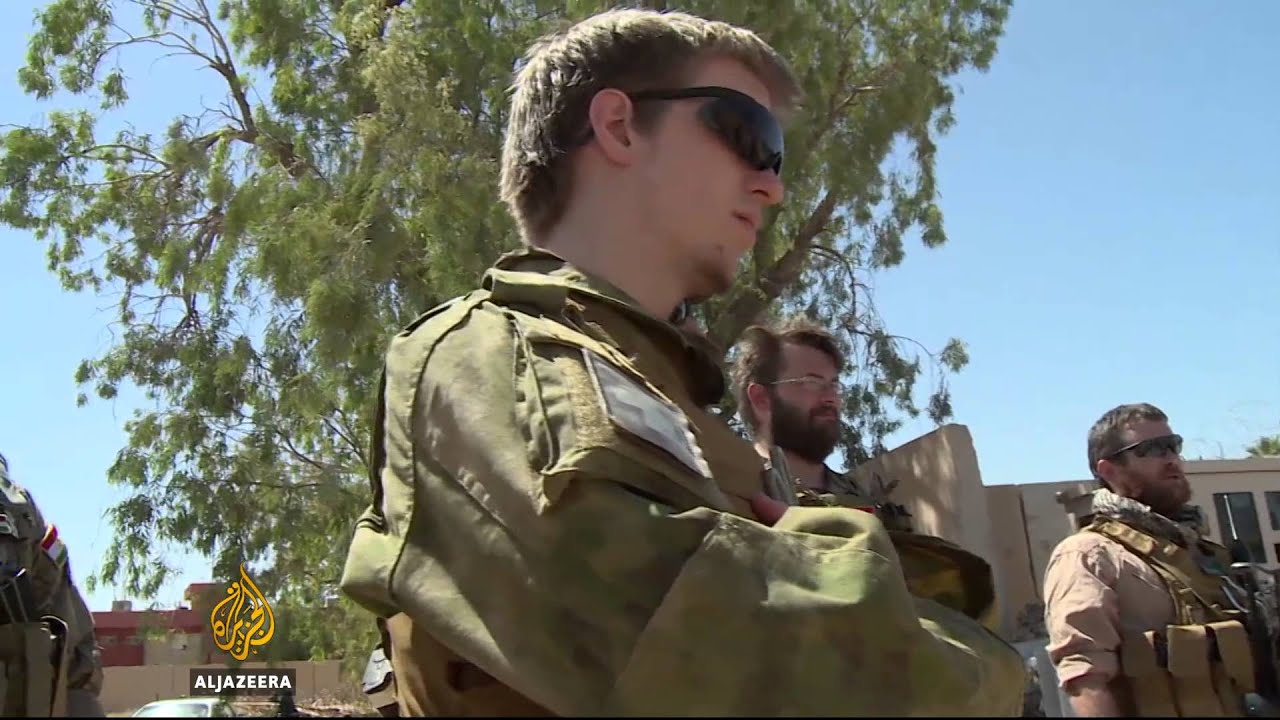 US soldiers with combat experience from the occupation of Iraq are joining Kurdish units holding off armed group. 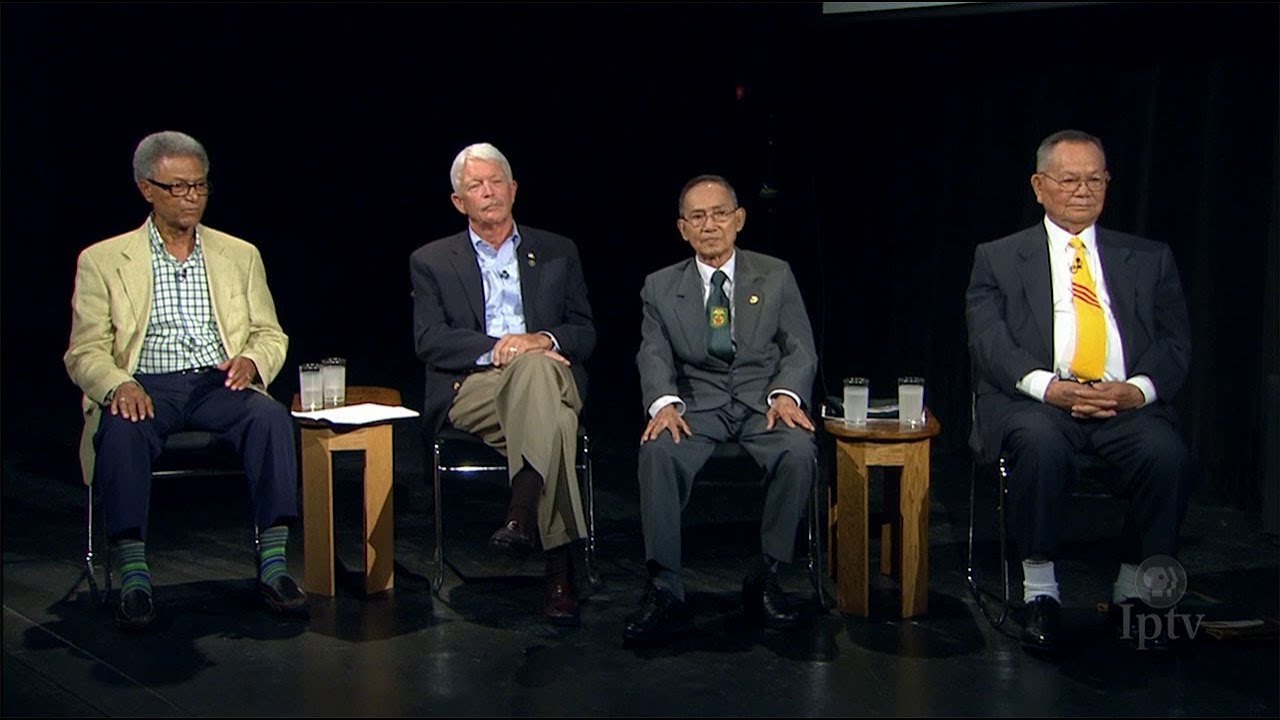 Military veterans from the U.S. and South Vietnamese share their perspective on how the U.S. exited the Vietnam War, and the lasting impact of the conflict. Caesar Smith was a career military officer who served two tours in Vietnam. Dan Gannon is a Marine Corps veteran who served in Vietnam from 1969 to 1970. He spent more than 300 days in combat, rising to the rank of Captain before leaving the military. Hien Van Le spent 21 years in the military. He rose to the rank of Lieutenant Colonel and was the Head of Military Intelligence of the South Vietnamese Marine Corps from 1970 until the Fall of Saigon on April 30, 1975. This segment is from Iowa Experience: Vietnam, a panel discussion recorded at Iowa Public Television in Johnston, IA on September 10, 2017. 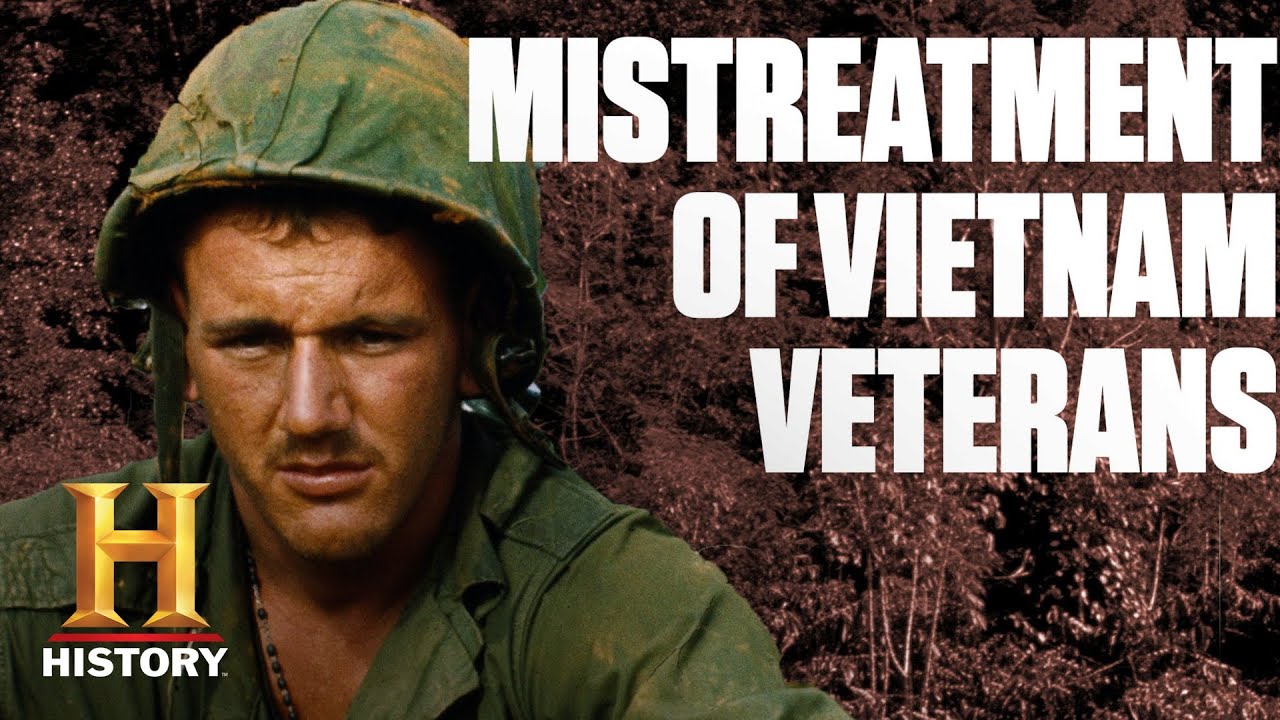 How WWII and Vietnam Veterans Were Treated Differently | History

WWII and Vietnam Veterans put their lives on the line for their country. But their treatment by government and civilians were completely different. #HistoryChannel
Subscribe for more from HISTORY:
http://histv.co/SubscribeHistoryYT

Find out more about this and other specials on our site:
http://po.st/HistoryWeb

HISTORY®, now reaching more than 98 million homes, is the leading destination for award-winning original series and specials that connect viewers with history in an informative, immersive, and entertaining manner across all platforms. The network's all-original programming slate features a roster of hit series, epic miniseries, and scripted event programming. Visit us at http://www.HISTORY.com for more info. 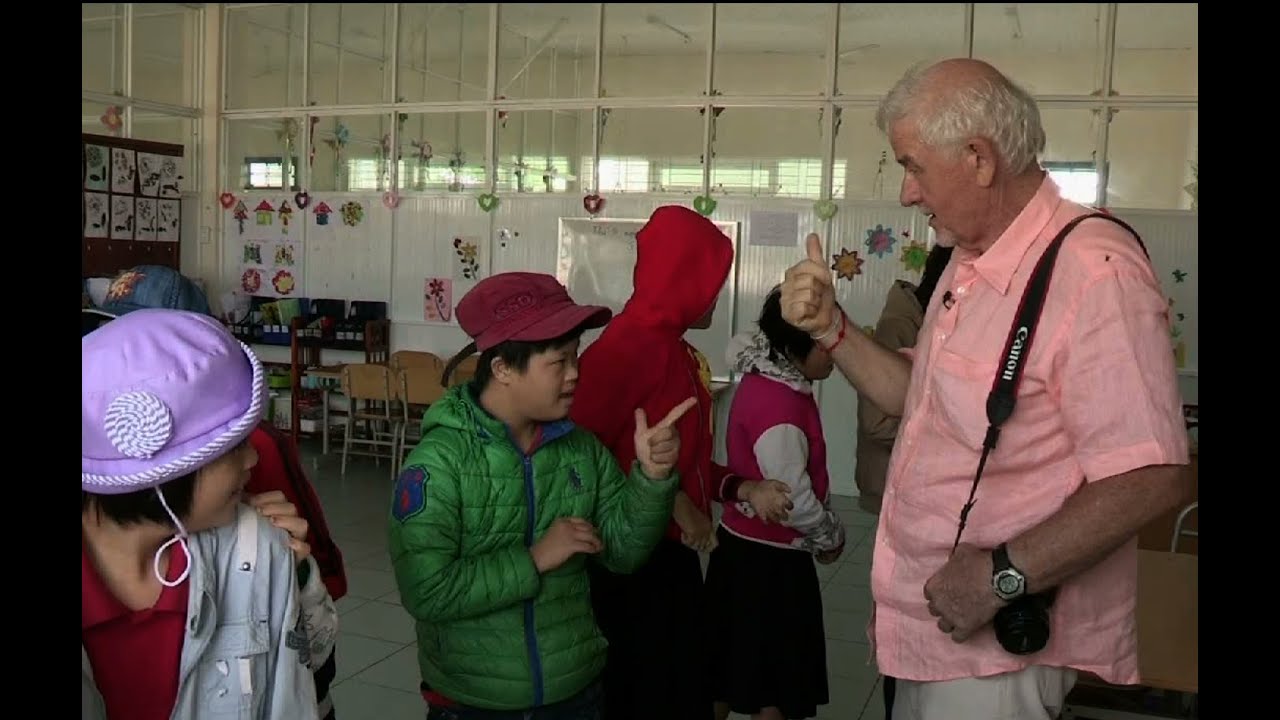 50 years on, veterans find healing by returning to Vietnam to help

Fifty years since the first major American combat unit was deployed to Vietnam, the lethal legacies of war still haunt generations of civilians in that country. Special correspondent Mike Cerre, who served in that conflict, reports from Danang about some Americans who have returned in hopes of making a difference. 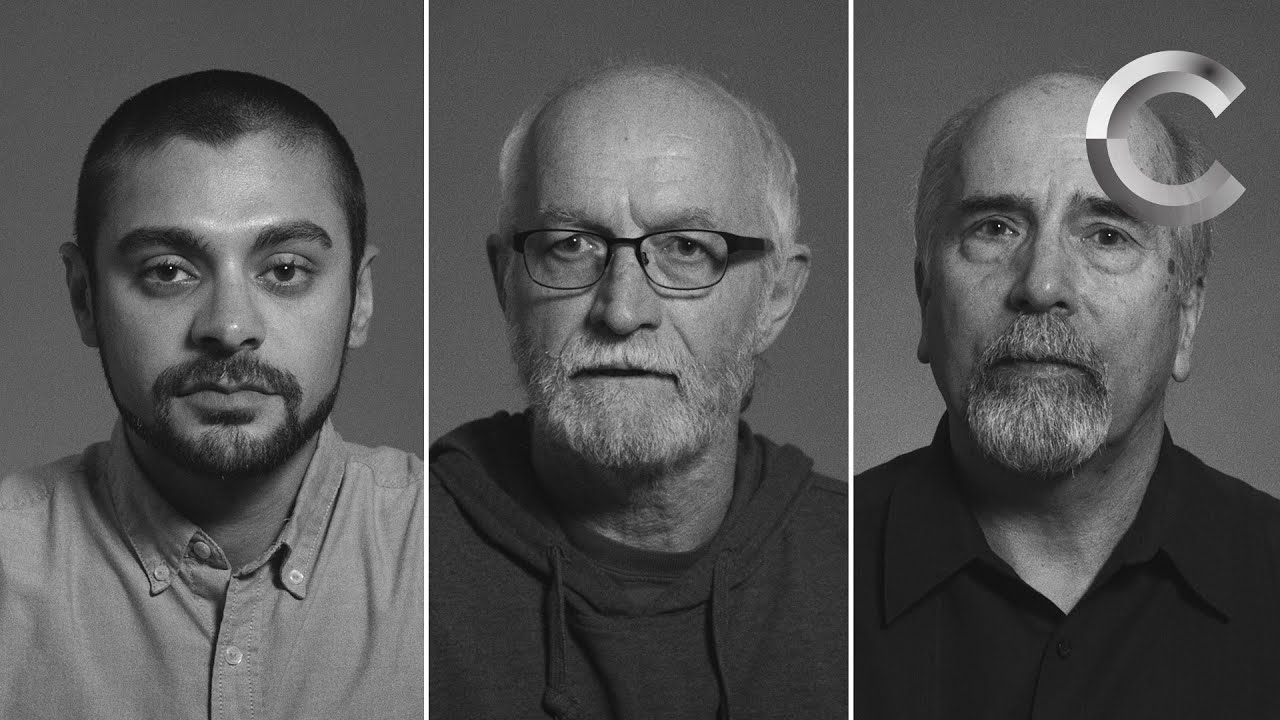 About On Killing: Season 1:
We asked people to describe the act of killing someone. These are their stories.

About Cut:
Small questions have powerful effects when they go viral. Cut spreads stories for fun, for serious, and for real – bringing the internet together one awkward moment at a time.

About this video:
We asked veterans to talk about what it was like to kill someone.

If you would like to volunteer or donate to the U.S. Department of Veterans Affairs, please follow this link: http://www.volunteer.va.gov/ap....ps/VolunteerNow/defa

Thank you to the veterans who shared their story:
Lonnie
Lance
Josh
Dan
Jonathan 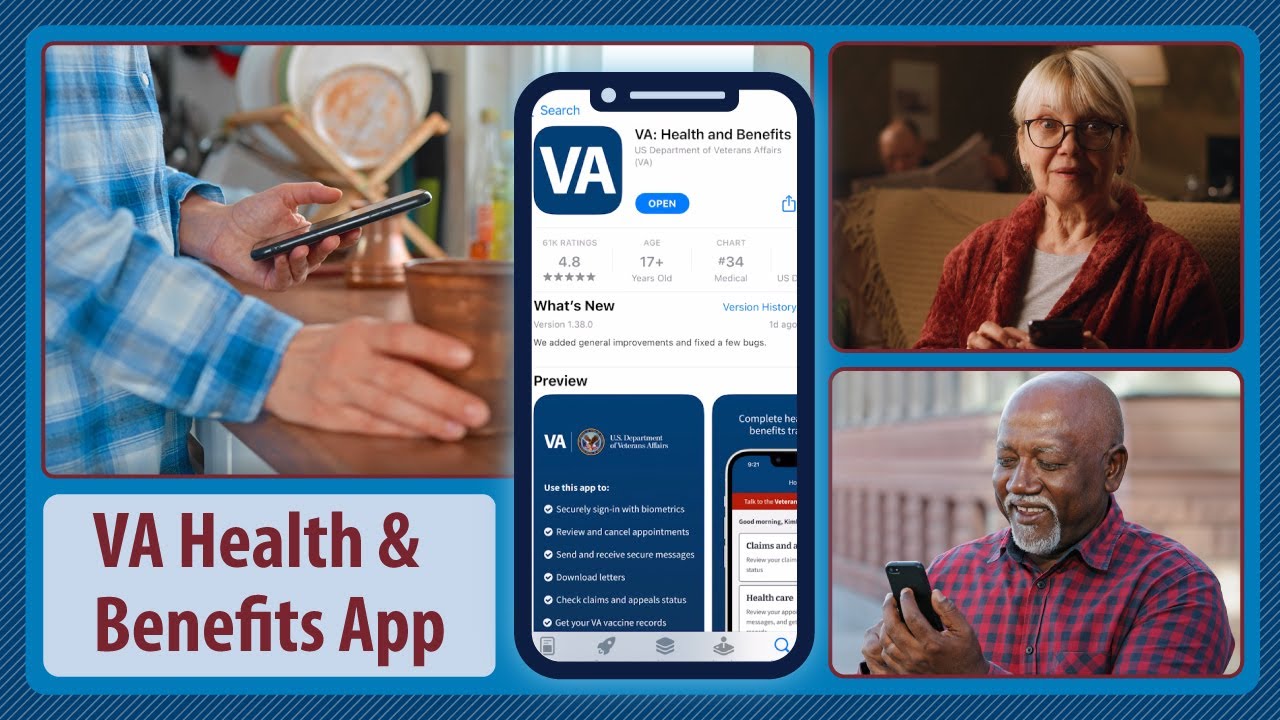 Get quick access to all your VA health and benefits with the VA Health and Benefits app. This free tool allows you to view and cancel appointments, send and receive messages, download VA benefit letters, manage existing VA claims, and find the closest VA medical centers. Download the app on your iPhone or Android device and leave your feedback on the app store. For more information please visit https://mobile.va.gov/app/va-health-and-benefits 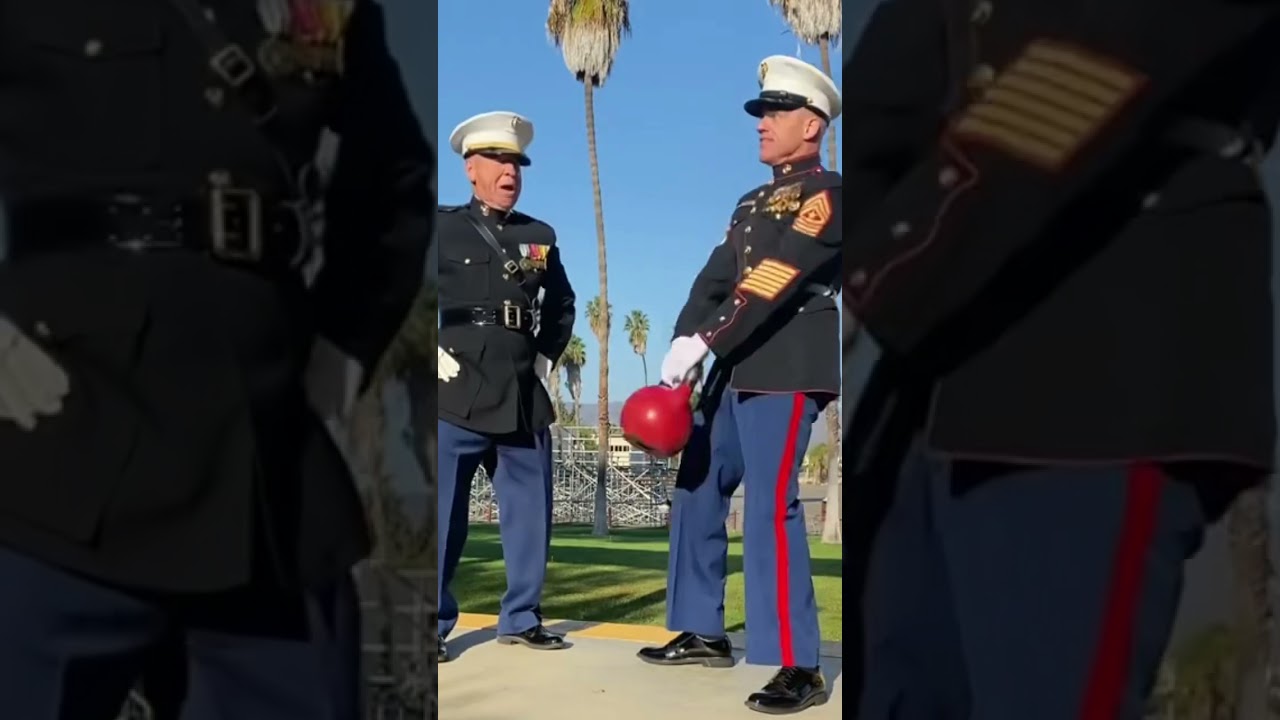 Some #VeteransDay 75LB Kettlebell Swings from @sergeantmajorkettlebell on Instagram 💪🏽

Find us on social media: 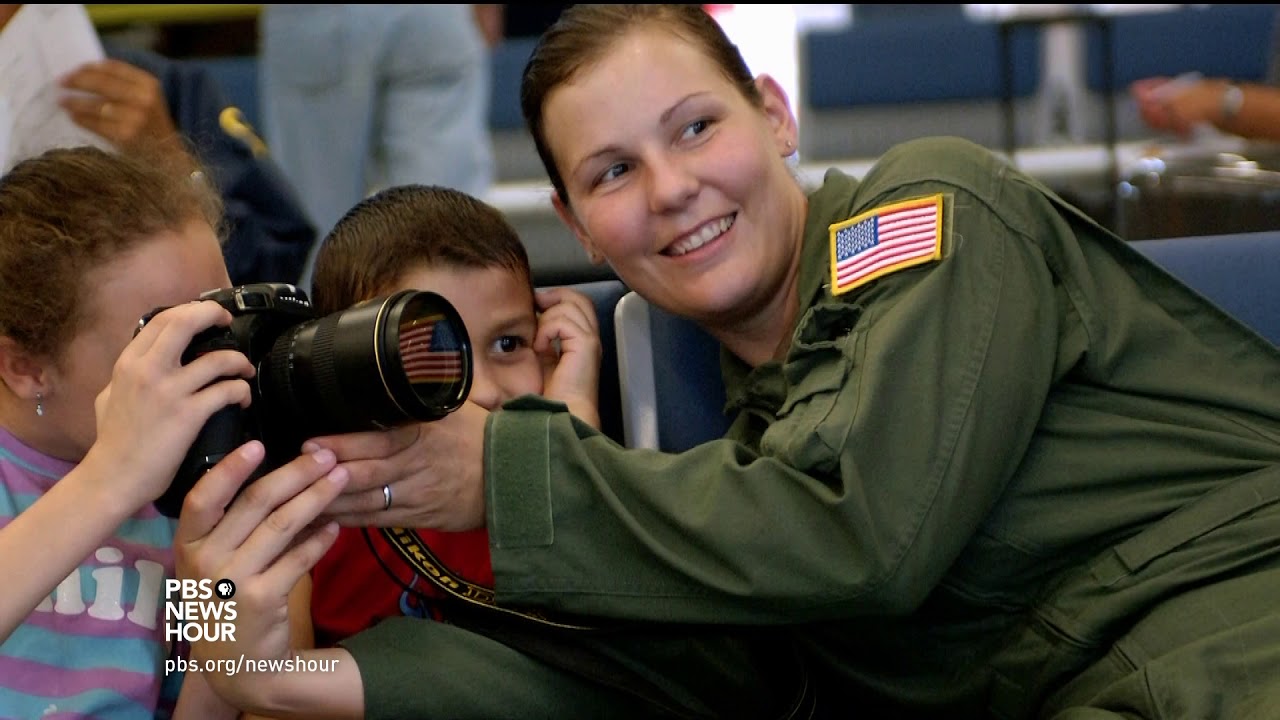 Portraits of veterans show us what service looks like

After 10 years as an Air Force combat photographer, Stacy Pearsall sustained an injury that ultimately ended her career. While receiving medical treatment, she picked up her camera again in order to capture the diversity of the nation’s military service members. Pearsall shares the healing process she experienced in creating the "Veterans Photo Project." 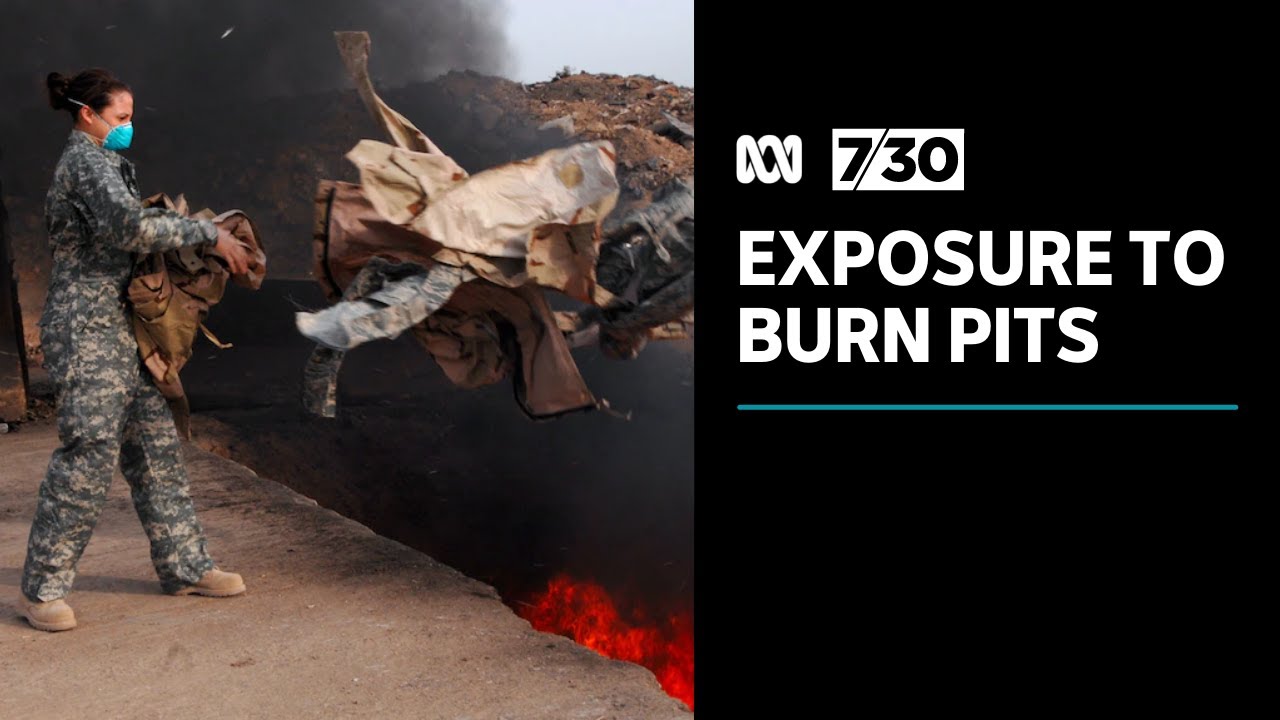 US veterans say exposure to burning waste pits in Iraq and Afghanistan is now killing them | 7.30

Thousands of veterans of the conflicts in Iraq and Afghanistan are coming down with illnesses they link to their exposure to toxins from massive waste sites known as burn pits. Their campaign for urgent action is being boosted by the involvement of comedian Jon Stewart and the US President has weighed in too. North America correspondent Barbara Miller reports.

ABC News provides around the clock coverage of news events as they break in Australia and abroad, including the latest coronavirus pandemic updates. It's news when you want it, from Australia's most trusted news organisation.

Note: In most cases, our captions are auto-generated. 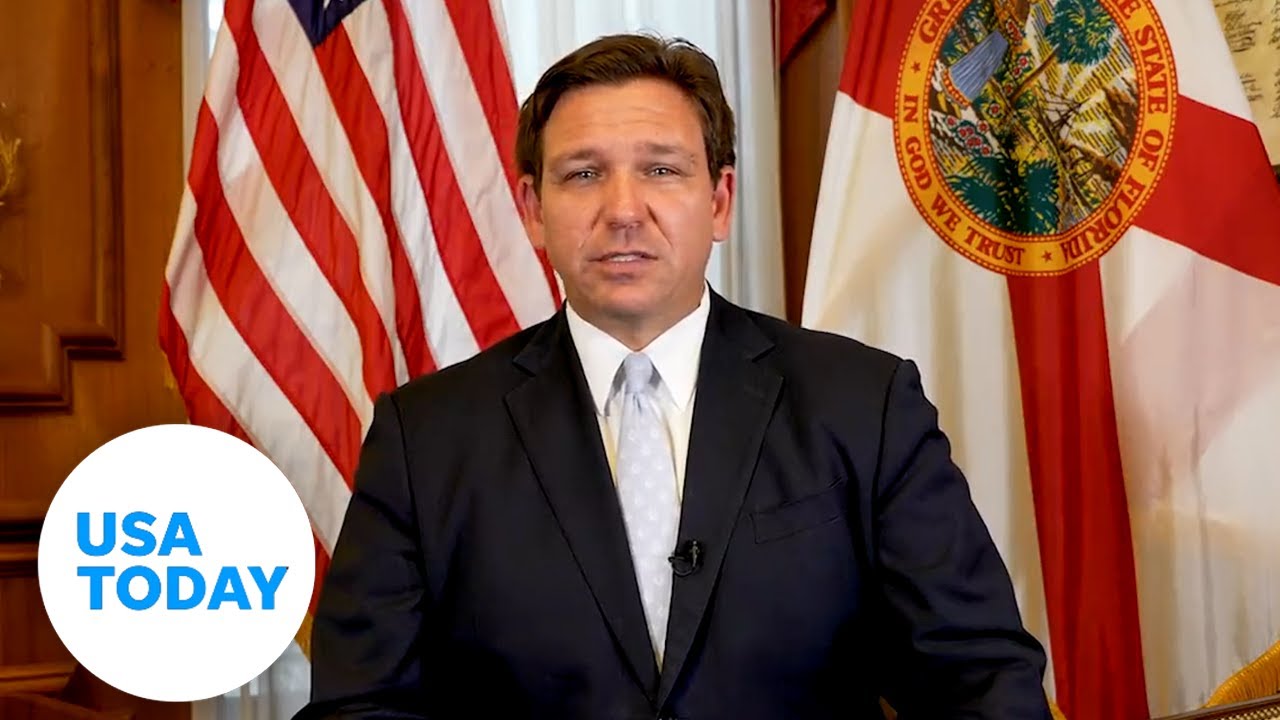 Florida will allow veterans to become instructors as the state faces teacher shortages despite concerns it will undermine qualifications.

Teacher candidates must have a minimum of 60 college credits with a 2.5 GPA, and also must receive a passing score on the FLDOE subject area examination for bachelor’s level subjects.

Veterans must have a minimum of 48 months of military service completed with honorable/medical discharge. If hired by a school district, they have to have a teaching mentor. 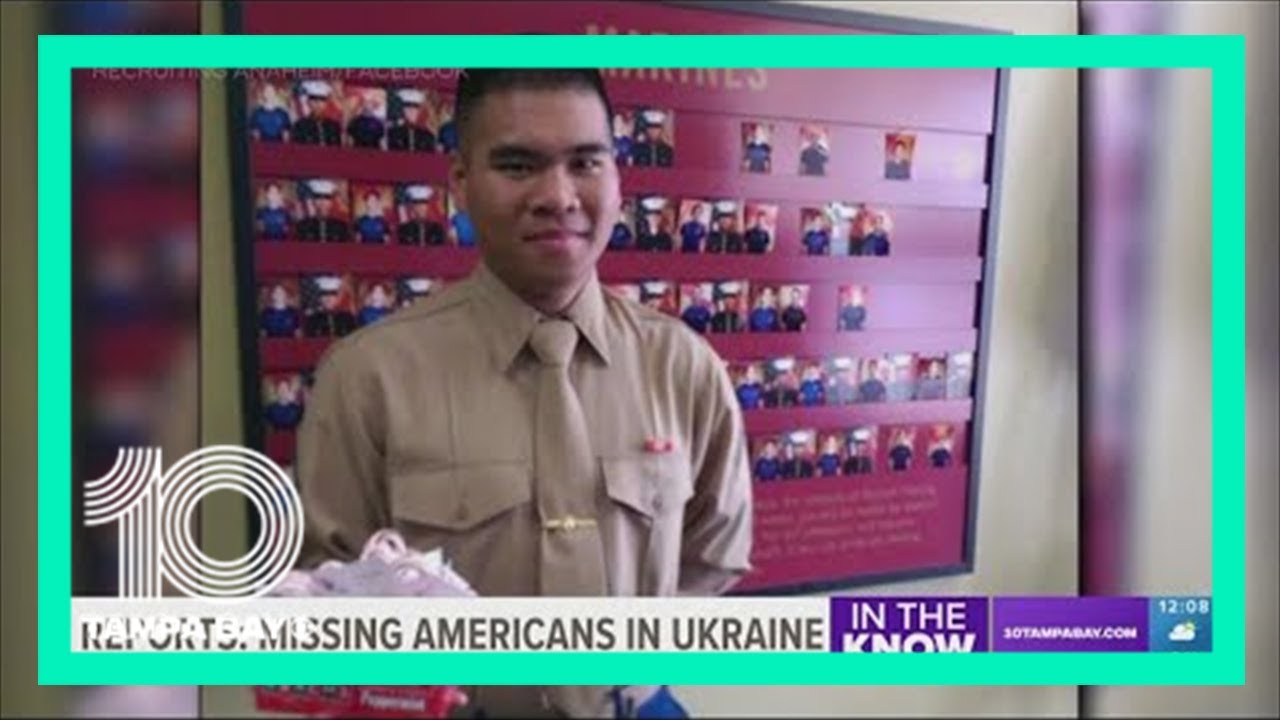 Two U.S. veterans from Alabama who were in Ukraine assisting in the war against Russia haven't been heard from in days and are missing, members of the state's congressional delegation said Wednesday. Relatives of Andy Tai Ngoc Huynh, 27, of Trinity and Alexander Drueke, 39, of Tuscaloosa have been in contact with both Senate and House offices seeking information about the men's whereabouts, press aides said. 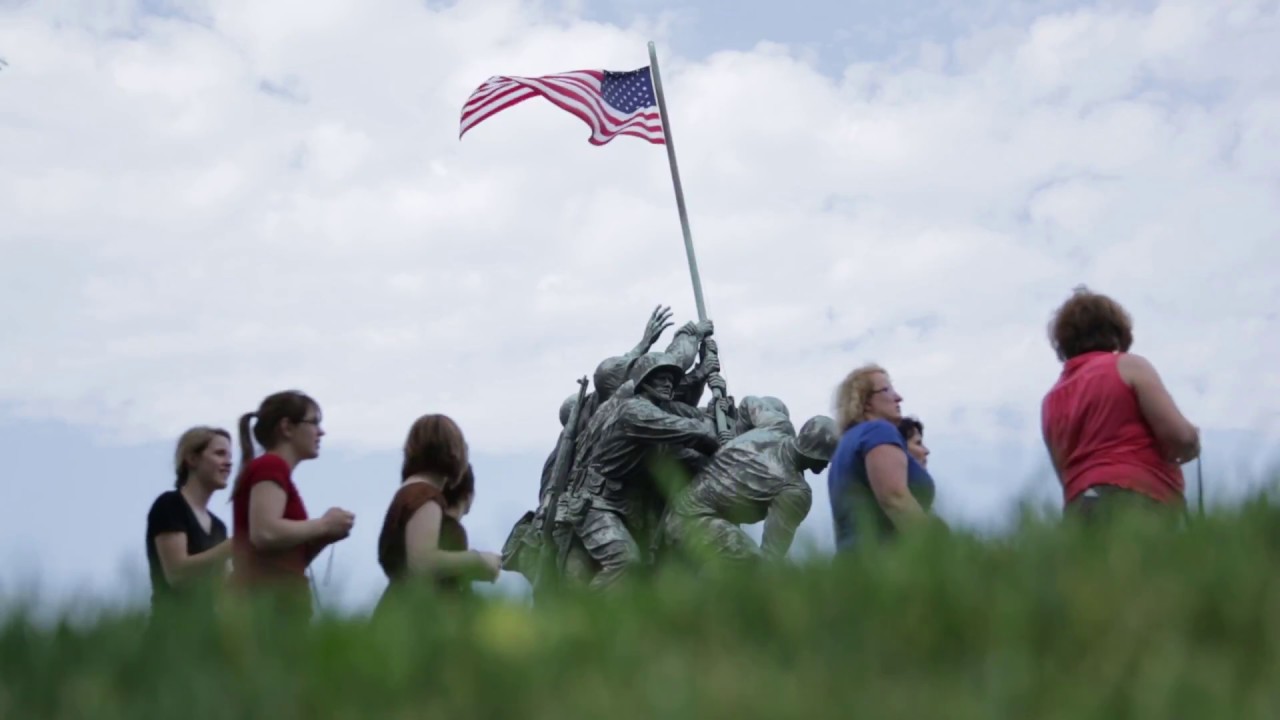 Veterans Day is an American holiday dedicated to honoring its military veterans. Here is the background for why America celebrates Veterans Day on November 11th of each year.

In 1918, on the 11th hour of the 11th day of the 11th month, an armistice was declared between the Allied forces and Germany in World War I. The following year, many countries celebrated November 11th as Armistice Day.
In the United States, President Woodrow Wilson declared November 11, 1919 as the first national commemoration of Armistice Day. Throughout America, there were parades, picnics, and public speeches, as well as a moment of prayer in schools and businesses at 11:00 a.m.
Two years later, on November 11, 1921, an unidentified American soldier killed in World War I was laid to rest at the Tomb of the Unknown Soldier in Arlington National Cemetery, just outside Washington, DC. President Warren G. Harding presided over the ceremony.

On June 4, 1926, the U.S. Congress passed a resolution that the “recurring anniversary of [November 11, 1918] should be commemorated with thanksgiving and prayer and exercises designed to perpetuate peace through good will and mutual understanding between nations.” Congress also resolved that the president should issue an annual proclamation calling for the observance of Armistice Day.
On May 13, 1938, Congress made November 11th an official federal holiday, “dedicated to the cause of world peace and to be hereafter celebrated and known as Armistice Day.” As a formal matter, there is no such thing as a national holiday in the U.S. Each state retains the right to designate their own holidays, and the federal government can only designate holidays for federal employees and the District of Columbia. Historically, however, most states have followed the federal list of holidays.
In the aftermath of World War II and the Korean War, there was a movement by military service organizations to honor American veterans more broadly. As a result, in 1954, the U.S. Congress amended the 1938 law establishing Armistice Day, by changing the word “Armistice” to “Veterans.” President Dwight D. Eisenhower signed the amendment on June 1, 1954, and from that day forward, November 11th was known as Veterans Day – a day to honor American veterans of all wars. 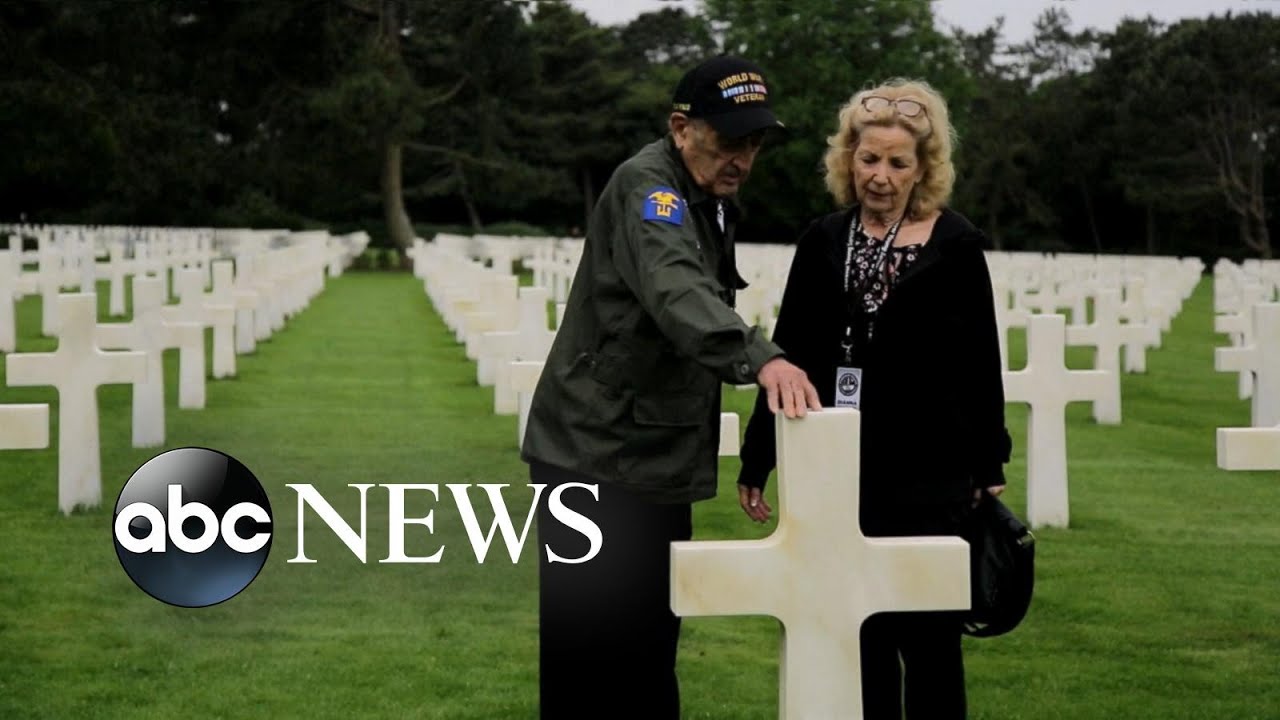 Harold McMurran of New Market, Alabama, almost didn't make the trip for the 75th anniversary of D-Day, but said the visit had brought him some peace. 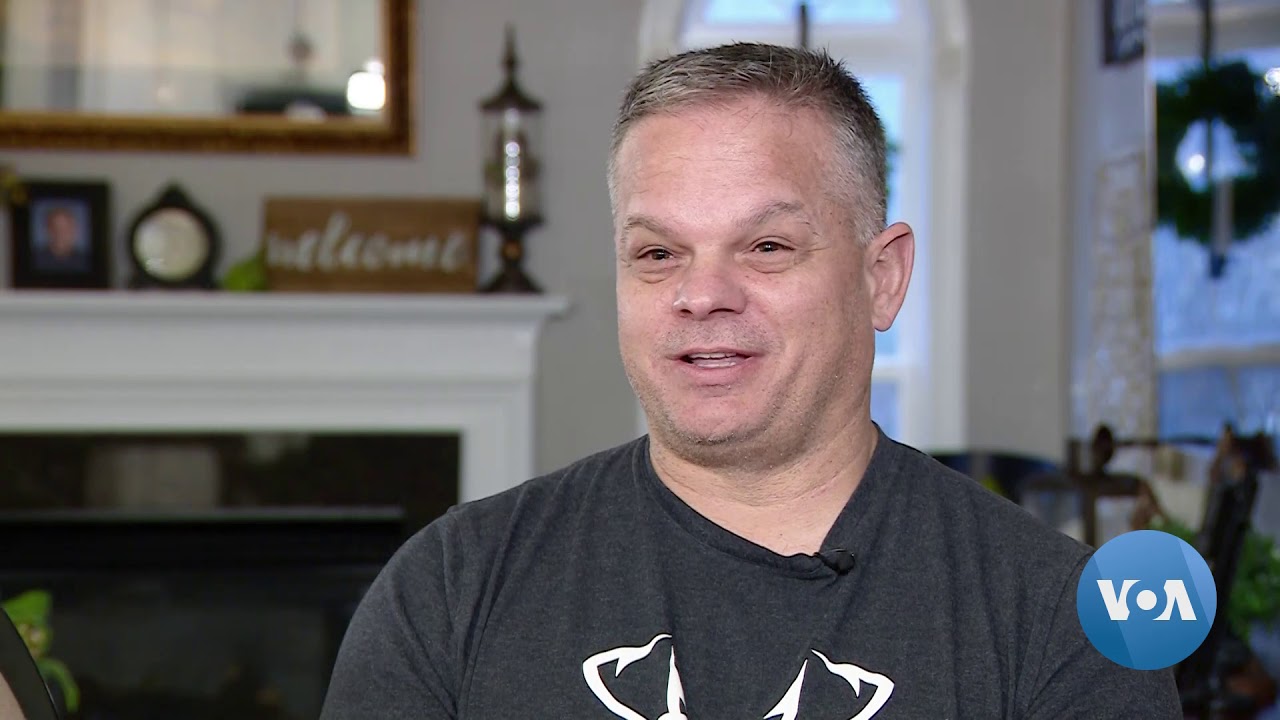 US Veterans Feel the Pinch, Weigh Cost of Government Shutdown

It is more than three weeks into the partial government shutdown, and hundreds of thousands of the federal employees affected by the political battle are military veterans. According to the latest government data, veterans make up about a third of the federal government’s civilian workforce. VOA Pentagon correspondent Carla Babb spent time with one veteran’s family to see how they are coping without a paycheck.
Originally published at - https://www.voanews.com/a/us-v....eterans-feel-the-pin 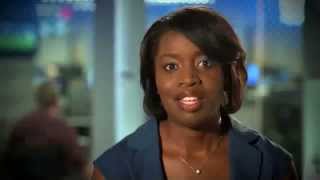 SUBSCRIBE to get notified when new Disney Insider videos are posted: http://di.sn/SubscribeInsider 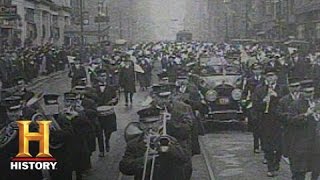 History of the Holidays: History of Veterans Day | History

A look at the history of the holiday honoring those who fought for America, both living and dead.

HISTORY®, now reaching more than 98 million homes, is the leading destination for award-winning original series and specials that connect viewers with history in an informative, immersive, and entertaining manner across all platforms. The network’s all-original programming slate features a roster of hit series, epic miniseries, and scripted event programming. Visit us at HISTORY.com for more info. 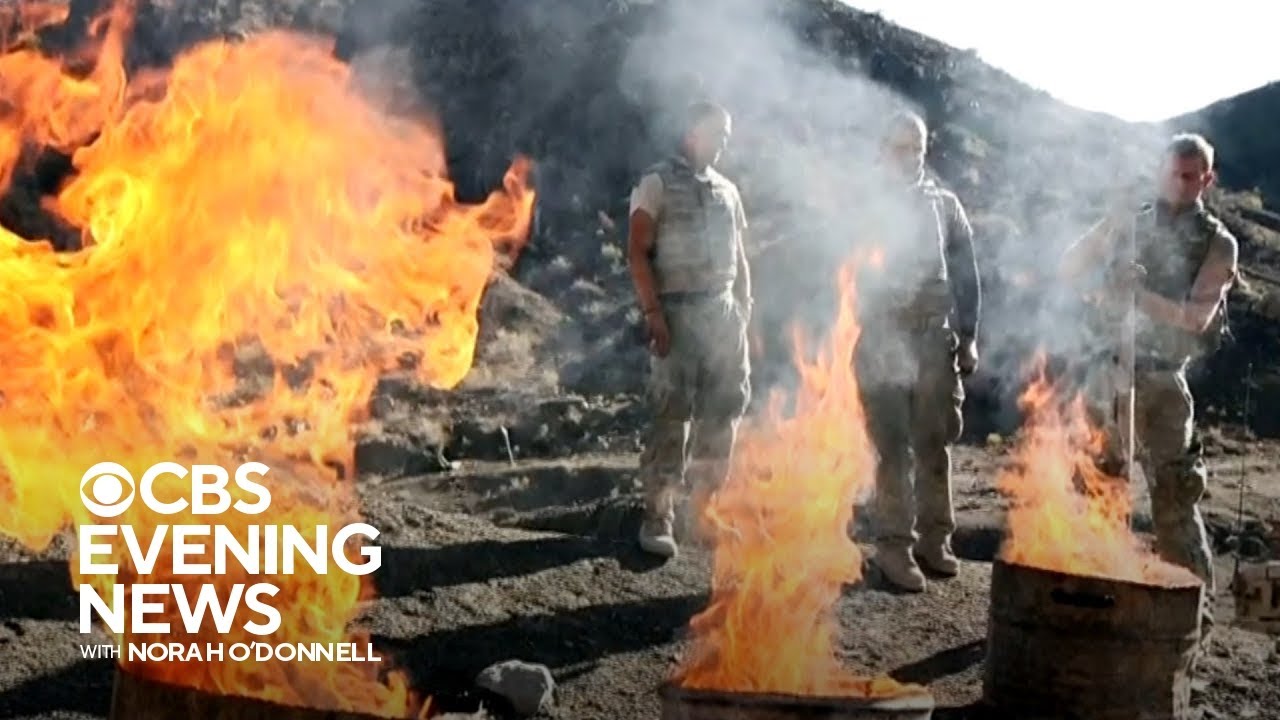 The Department of Veterans Affairs is urging millions of veterans exposed to burn pits to file claims with the department after the PACT Act expanded health coverage. Norah O'Donnell sat down with VA Secretary Denis McDonough to see how the department is handling the largest health care expansion for veterans in decades. 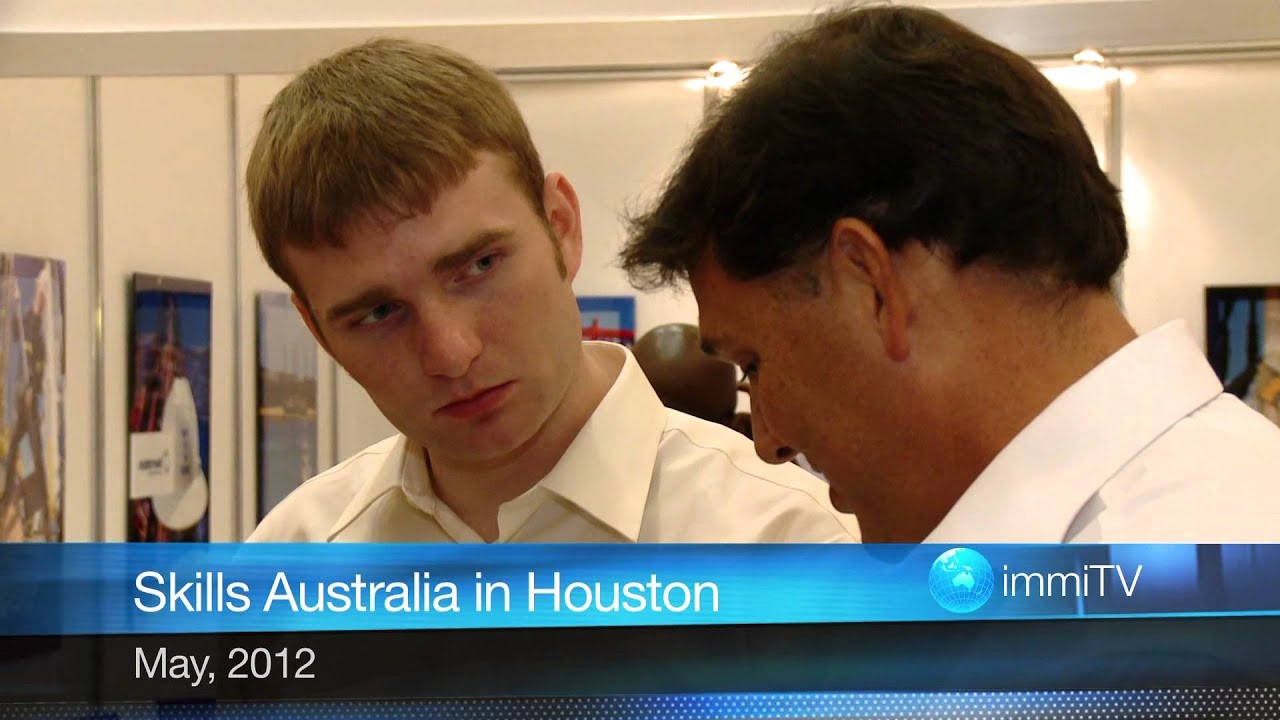 Australia's healthy economy is being driven by a strong mining and energy sector. US war veterans have the know-how in engineering, planning and heavy machinery, and could offer a solution for some of Australia's skills shortage. While the US economy is recovering, Australia is offering an opportunity for war veterans with the experience and qualifications to fill skilled vacancies down under. 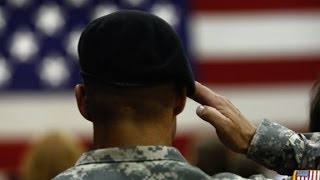 Is the U.S. failing its veterans?

Wes Moore, an Army combat veteran. & Executive Producer of PBS's "Coming Back" on how to help veterans.